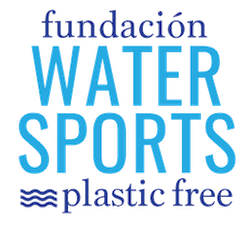 The WSPF Foundation generates activations at all five stops of the FKSS 2020.

This year is coming to an end, a year that most of us will never forget because of the very atypical socio-health conditions we have had to endure.

This year also marks the end of one of the most exciting and spectacular seasons of the Formula Kite Spain Series (FKSS) since this adventure began in 2018.

This season has been full of novelties, beginning with the introduction of a new modality, known as Wingfoil, and the appearance of the new Amateur category so that those sailors who do not have professional level have equal opportunities and, above all, enjoy this sport.

But, above all, we highlight with great joy that this year the Formula Kite Spain Series has continued to bet very strongly on the environmental commitment thanks to the renewal of the agreement between this sporting event and our foundation.

Throughout the season we have worked closely with the FKSS to generate various training and awareness programs to achieve a change in habits that will help sailors to stop using single-use plastics during competitions. To this end, the Foundation has been able to count on the incorporation of two collaborators such as Mizu and TAPP Water.

Mizu, a company that, among other products, has stainless steel bottles for sale in order to move the single-use plastic bottles, gave a series of bottles to the organization, part of which were destined to the participants and another part to a raffle on social networks.

On the other hand, TAPP Water is a company that has created some interesting water filters with activated carbon technology based on coconut shells that make the water drinkable. This company provided a number of filters that were strategically installed in each location so that sailors and anyone with reusable bottles could refill the bottles in a sustainable manner and without the use of plastic bottles or carafes.

Actions of the WSPF Foundation

The Foundation's action programme had to be adapted to the health situation by changing the on-site activities at the Alarcón Reservoir and Castellón sites to activations on social networks, generating various competitions in which Mizu bottles and TAPP Water filters were given as gifts.

In addition to the collaborations with the aforementioned companies, on Mallorca and Formentera we had the opportunity to generate some very interesting activities by holding several talks led by Toni Frau and Manu San Félix, a biologist, founder of the Vellmarí Association and National Geographic explorer.

In these talks, which were attended by the Minister of the Environment of the Consell Insular de Formentera, Antonio Jesús Sanz Igual, the importance of caring for the oceans was discussed and participants were informed of the characteristics and peculiarities of the waters on which they would be sailing, the waters of Mallorca and Formentera.

Related ArticlesMore from the author 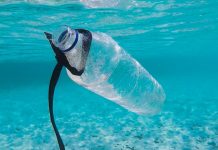 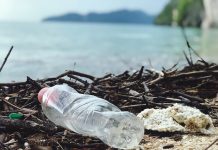 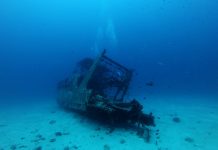 Seabed, the plastic dumping grounds of the world